Let the games begin!  Every two years our family hunkers down to do some serious television watching.  We aren't a big sports family but the Olympics draw as moths to the flame!

Wether it's Winter or Summer Olympic Games, every two years we watch them intensely.  From distant places around the world, we join in regardless if it's local in North America, or foreign land, the Olympic games are exciting for all.

I'm not really sure why the Olympics attracts but it does.  I think it's because not just having football or hockey or baseball, we get all the other sports from the Olympics.  Nowadays even the amateurs seem to have regular grants which provides them with the funds to train for the Olympics but they still are amateur nonetheless.

Here's a  few photos I took of Irv and JJ this morning as we watched the 5:30 AM Olympic special coverage of the opening ceremonies. 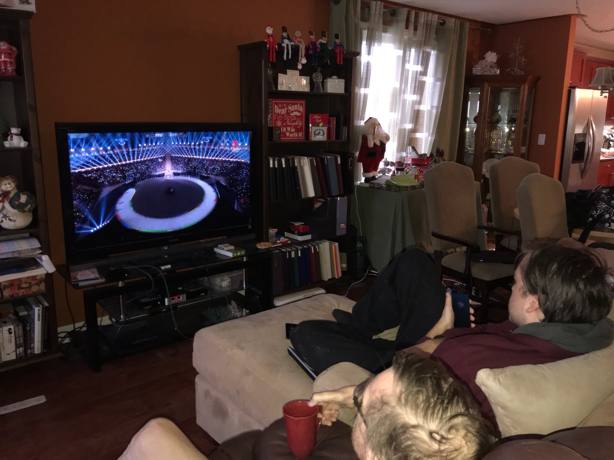 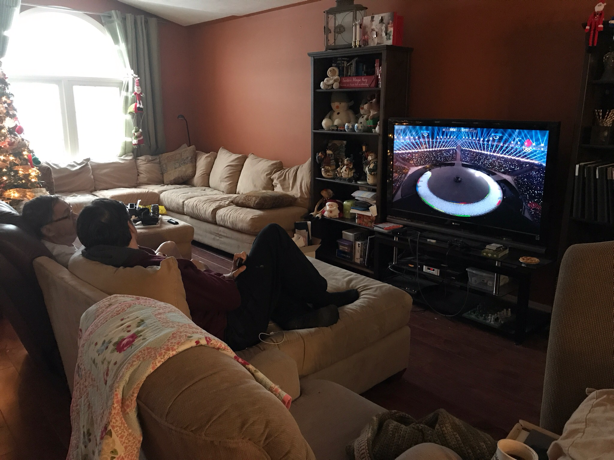 So for the next two weeks we will be mixing work with Stampin' Up! with TV coverage of the Olympics.  We always cheer for Canada but some of the other nations get some of our support as well.

Thankfully, with the time difference in Korea, it means we get to watch the primetime coverage at night and don't have to spend hours during the night like other times.  We don't really want to watch reruns and we can watch the live events being carried by the CBC and giving us good Canadian coverage.

So let the games begin, we hope you enjoy them as much as we do.

Posted by Denise Donald at 3:02 PM 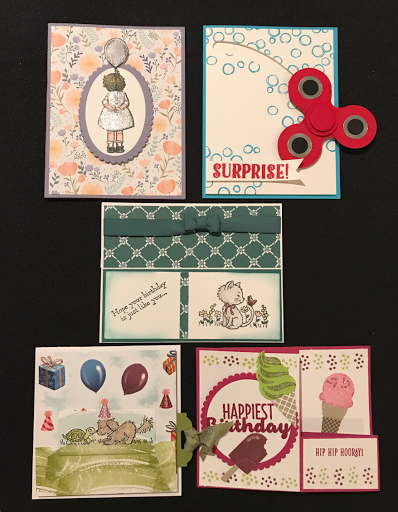